When the microwave fails to heat, but starts up and runs with the lights and fans working that is typically only one of two issues. The microwave uses a part called the magnetron tube which generates the microwaves for heating. This device is similar to a light bulb and will just burn out out of the blue. Then the microwave will run and do everything as it should be but it will not heat. This can happen unexpectedly with no signs of failure prior to the cycle that stopped working. the other thing that can cause this issue could be a bad door switch. Mainly the lower door switch on the door interlock circuit can fail causing the unit to run but not heat. Typically though if that fails the turntable motor will not work so just confirm if the turntable motor is working or not when it’s running. If it is the door switch is not likely your issue. the magnetron tube is an expensive part and generally will run between $150 to $200 on average just for the part. Often the cost of the part and labor exceed the replacement on most microwaves. 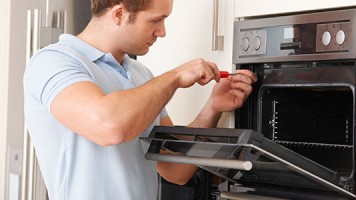